Afternoon, everyone, it is currently 1325 (1:25P) here in Dallas, TX.  I have so far enjoyed this trip to Dallas and assisting with the ILSb/ICBB!  As many of you already know, I have had an issue with drugs in the past, and because of that I have either the PTSD flashbacks and/or "triggers".  I had a trigger hit me on Friday night of the event, and it hit me HARD.  I had the urge to go use, I wanted to use BAD.

But, I did what I knew I needed to do, I needed to go and talk to someone.  I went to my friends that I have known for years and they helped me off that cliff.  I have not had a trigger hit me in over five months, and quite unsure as to why it hit.  No matter what it happened, I recognized what happened and I am moving on from it.
To everyone that reached out from my biological family to my chosen family, thank you.  I needed that support and help in a dark hour.  I could not be the person I am without the strength, love, and energy that you all put out there for me!

Thank you for reading and sorry if it sounds like rambling, just wanted to get it off my chest really.
Posted by Rob at 12:11 PM No comments:

So, as many of you know from Facebook I had an issue with trying to come up with the post for today's discussion board (it is below, but here is the backstory).  I am a gay male and you all know this, the thing many of you don't know is that I currently attend a Christian College, and they are very anti-gay.  The reasoning why I am attending this college is because I get a discount from the military, and they also provide me with a book voucher to get my books taken care of.  But, I have learned a lot over the period of time about myself, religion and most importantly the field of social work.

The post that I had to write had a prompt that says:

"Chapter 15 of the textbook brings up an interesting topic for discussion, especially for evangelical Christians at University who subscribe to a biblical worldview. In this chapter, Jon states that he considers himself a gay Christian, and he seems fully reconciled in what was once a struggle for him. With respect and consideration for your fellow classmates, discuss how you as a Christian and a social worker will work and relate with co-workers or clients who have beliefs that contradict your own. Use the Bible, scholarly articles, and/or the textbook in your discussion."

So, you can kind of see where my hesitation came from.  As I read through my classmate's posts they mention things like:
"Pray that the gayness will be released."
or
"I do not believe that we can trust or respect them."

So..... yeah....
I took a completely different approach than my classmates with my post, I hope that none of them think I am disrespecting them or saying they are wrong, but at the same time I want them to understand where I am coming from.... At least I hope this doesn't put me in hot water with my professor or anything, I don't think it will, but you never know........  So here is what I wrote:


Following with the prompt on how as a Christian and a social worker would I be able to work and relate with co-workers or clients who have beliefs that contradict my own?  I would honestly just respect the co-worker or the client that I am meeting with because even if we do not share the same beliefs we should still show respect.  I have a gay uncle, and I work with some individuals at the hospital that are gay, and I treat each one of them with respect because they treat me the same way.  There is no reason to turn a person away or put someone down for a different belief or orientation.
So, as a Christian we should look at Luke 6:31 which says, “Do to others as you would have them do to you.”  Yes, there are individuals that are gay and there are verses in the Bible that look down upon them, but Luke 6:31 pretty much sums up how we should treat each other.  I would not want to go to a business owned by a Muslim individual and be denied service, why should we deny them of anything as well?
So as a social worker it is our ethical responsibility as professionals to “not practice, condone, facilitate, or collaborate with any form of discrimination on the basis of race, ethnicity, national origin, color, sex, sexual orientation, age, marital status, political belief, religion, or mental or physical disability (Code of Ethics , 1996).”  So, if we have a client that is a gay, or questioning their sexuality or has a mental or physical illness we should not discriminate and deny them the same services that you would provide to a Christian mother/father that is needing those same services.

I believe that I touched the right spots with replying to the prompt.... Thoughts?

Sorry if this seems jumbled and repeating, but I feel like an updated is needed.  Especially after such an amazing CLAW!!

I believe I am going to take a note off of Survivor from a few weeks ago, and use the word Metamorphosis.... Many of you have seen me from before drugs, to using drugs, to after, and now..... I have evolved tremendously, and in such a positive way.  Last year I was still in a shell, this year, I broke out and was back to who I was when I began the journey!! This past weekend I felt back to my "norm", and was smiling, all happy, and just being me.  I want to thank every single one of you that came up and hugged me, or had something to say about you being scared for me.  I was scared as well, but I didn't know how to help myself at the time.
I remind you that I RARELY go to meetings for my addiction, but I deal with it on a daily basis.  There are many days I have urges to use, just to lose a few pounds and to have a good sex time.  But even then, sex is amazing without the influence of drugs, that is one thing I've finally been able to understand.  I don't drink to get drunk, I don't drink all the time either.  Which I am extremely proud of myself for this.  I did not replace drugs with alcohol, I basically replaced drugs with school, work and me.
There is much more that can be said right now, but I believe this is a great ending point.  For those of you that didn't know I had a drug problem, you know now.  For those of you that have had my back and sit back not knowing how to help, thank you for just being there.  That support whether you helped or not, was much more needed than anything.  To anyone that knows someone having an issue with addiction, I remind you that all you have to do is express to them that you are there.  If you express you are there, they will know that someone is caring for them even if they don't think anyone cares.  I have been in this spot, I know what it feels like. 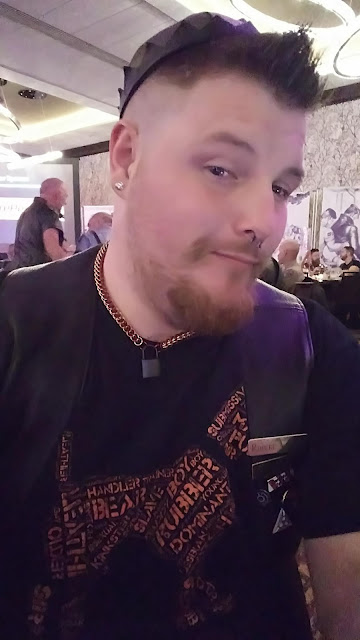 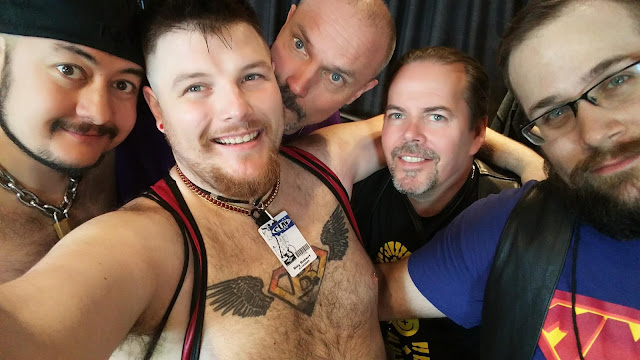 Rob
I am 27, working on building a 'normal' life....Normal is never what everyone wants it to be, its what you make it to be.